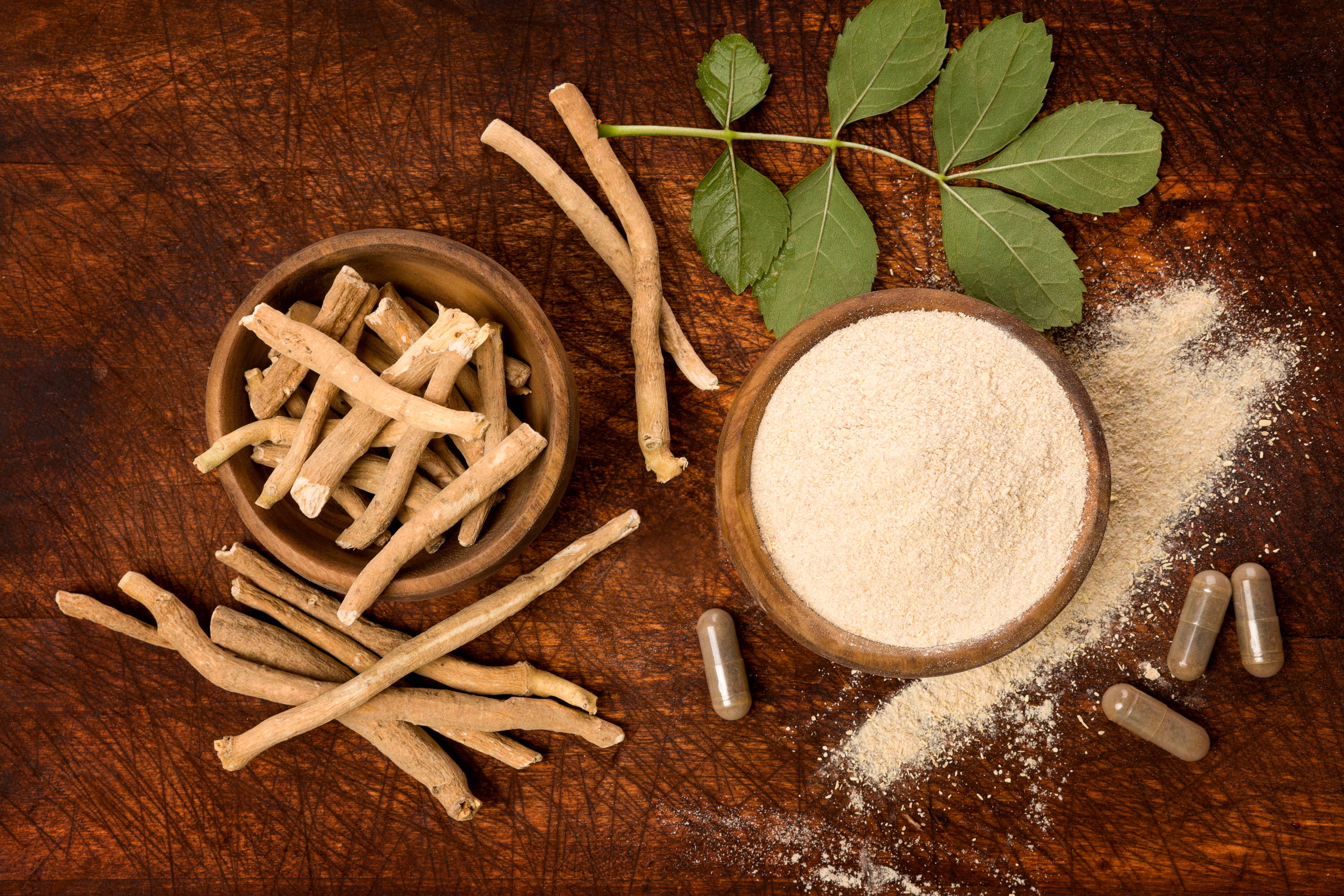 The ashwagandha plant is considered one of the most important plants in Ayurvedic medicine, an ancient form of holistic medicine that originated over 3,000 years ago in India. The root is often used to create a tonic, which is then used to help ease various medical maladies. Traditionally it’s been used for a broad spectrum of ailments, including failure to thrive, insomnia, ulcers, immunity, and inflammation.

Research shows varying levels of support for ashwagandha’s many claimed benefits. However, studies have suggested that ashwagandha can be effective for a variety of uses, including one of its primary uses, to ease stress and anxiety.

Ashwagandha - What is it?

As you already know, ashwagandha is a plant, and it’s the root that is typically used for creating extracts. In Sanskrit, the word ashwagandha can be broken down into ashva, meaning “horse”, and gandha, meaning “smell”, which makes sense given the peculiar odor of the pure root extract.

Although it’s botanically unrelated to ginseng, ashwagandha is often referred to as “Indian ginseng”. Instead, ashwagandha is part of the nightshade family, which also includes tomato and pepper plants. The ashwagandha grows as a shrub with oval leaves, yellow flowers, and it produces small red fruits. Although it can be grown in the United States, and other moderate climates, it’s native to the dry regions of the world, including India, the Middle East, and northern Africa.

Many of the stress and anxiety benefits of ashwagandha can be attributed to it being an adaptogen.

What is an Adaptogen?

Adaptogens substances that help to reduce or prevent the effects of stress on the body. It’s not always understood how or why different adaptogens have their effect on stress, but they tend to have a calming effect on people when they are overwhelmed or stressed.

So, let’s take a look at some of the studies benefits of ashwagandha as they relate to stress, anxiety, and mood.

The Benefits of Ashwagandha for Stress, Anxiety and Mood

Ashwagandha has been reported to block the stress pathway in rats, and in human studies it also has shown to have a positive impact on symptoms of stress, anxiety and mood.

In one study, chronically stressed participants who supplemented with ashwagandha experienced a 69% reduction in symptoms of anxiety and insomnia. In a separate study, 88% of those taking ashwagandha reported a reduction in anxiety, compared to 50% reporting a reduction in the placebo group.

One of the explanations for ashwagandha’s effectiveness against stress is it’s effect on cortisol.

Cortisol is known by most people as the "stress hormone". When your stressed or your blood sugar is low, your adrenal glands release cortisol, which then triggers your “fight-or-flight” instinct. That’s good, if you’re really in a state of danger. But, if your living in a constant state of stress, cortisol remains chronically high, and can result in a number of issues, including weight gain, high blood sugar, heart disease, and depression.

Fortunately, ashwagandha may help reduce cortisol levels, which helps to partially explain it’s calming and stress relieving effects. In one doubled-blind, randomized study of chronically stressed adults, the participants who took an ashwagandha supplement had up to a 30% reduction in cortisol, compared to the control group.

If low blood sugar can cause increased levels of cortisol, it stands to reason that improved blood sugar control could also help to manage and reduce stress. Although diet and exercise are the first line of defense for managing blood sugar, studies also suggest that ashwagandha may have some blood sugar lowering benefits.

In a study on patients with schizophrenia, those who were supplemented with ashwagandha reduced their fasting blood sugar by an average of 13.5 mg/dL, vs 4.5 mg/dL in patients taking a placebo. those who received a placebo.

Other studies have shown similar, blood sugar lowering effects, including a small study on patients with type 2 diabetes, which found ashwagandha to be as effective as an oral diabetes medication when taken during a 30 day trial. However, it should be noted that this was an extremely small study that only included 6 participants.

Memory changes and cognitive difficulties can be incredibly frustrating, and stressful. Traditionally, this is an area where ashwagandha has been used to help improve memory and cognition. Although the research is limited, there are some interesting results.

In human studies, ashwagandha has been shown to improve reaction time, and general memory and attention.

There is less research linking ashwagandha and depression, and more research is necessary to understand the relationship. However, some studies do suggest a positive therapeutic effect. In a study of 64 participants, taking 600 mg of ashwagandha per day for 60 days showed a 79% reduction in depression, compared to a 10% reduction in the placebo group. It should be noted that only one participant had a history of depression, and further research is necessary to corroborate these findings.

In addition to the benefits of ashwagandha for stress and anxiety, it’s also been researched for its effectiveness in a variety of other conditions, and potential health benefits.

Adding Ashwagandha as a Supplement

Although ashwagandha studies are limited, studies do suggest that it is safe for most individuals. However, like most supplements, you should discuss the potential risks and benefits with your doctor before adding to your diet.

Ashwagandha can be taken as a fine powder, or in a supplement form. BN Labs also includes it as part of the Organic Greens mix alongside 14 other superfoods, including agave inulin and spirulina.

Although ashwagandha is generally regarded as safe for most people, some people should ashwagandha is not recommended. Women who are pregnant or breastfeeding should not take ashwagandha. Nor should those with autoimmune diseases. Those taking thyroid medication should be careful as ashwagandha may increase thyroid hormones for some. Since ashwagandha can affect blood sugar levels, and blood pressure, medications may need to be adjusted with the coordination of your healthcare provider.