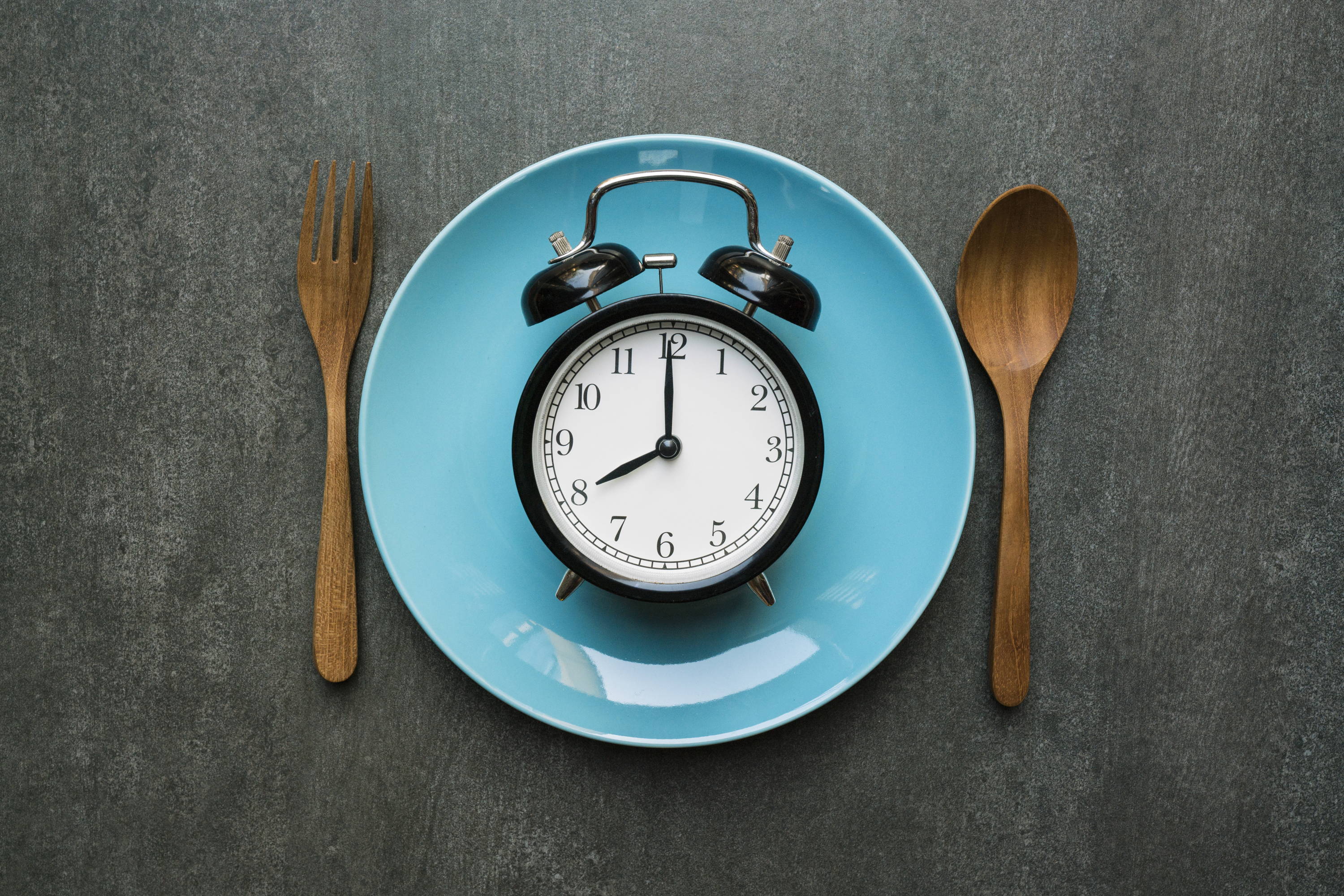 So, does meal timing affect weight loss? Or is it just another fad?

A recent study in the journal Obesity suggests that meal timing may indeed help with weight loss due to its effect on appetite and fat metabolism. Although it was a small trial consisting of only 11 overweight adults, the findings illustrate an interesting relationship. Time-Restricted Eating

A lot of us don’t have any time restriction on our meal time, aside from sleeping. Even then, we might wake up in the early morning hours and nibble on a snack. But with intermittent fasting there’s a time restriction. One of the most popular methods follows a 16/8 schedule. People who follow this pattern often skip breakfast and then restrict their eating to an 8 hour window, like 1-9 pm, and then fast for the remaining 16 hours. However, according to this latest study, an eating window earlier in the day might be better.

In the Obesity study, participants were assigned to an early time-restricted feeding protocol where they ate during the morning until the early afternoon, and then fasted the rest of the day. The researchers chose this early time-restriction to better align with circadian rhythms and evidence that eating earlier in the day can help with weight loss. By combining early meals with intermittent fasting, the researchers wanted to see how meal-timing affects weight loss.

Each of the participants in the study followed two different eating patterns for 4 days. For 4 days they followed an early time-restricted meal schedule that provided a 6 hour eating window between 8 a.m. and 2 p.m. Then, they followed a less restricted schedule between 8 a.m. and 8 p.m. to replicate a normal American eating pattern for 4 days. During both meal schedules they ate the same amount of calories per day. Can Meal Timing Reduce Hunger and Appetite?

With a time-restricted eating window of 6 hours, you might expect to be hungrier. However, that’s not what researchers found.

These changes in appetite were also reflected in the participant’s hunger and satiety hormones. Ghrelin, the hunger hormone that causes your stomach to growl was lower in the morning and evening when participants followed an early time-restricted eating schedule. They also had higher levels of a satiety hormone called Peptide YY.

However, it also appears that a time-restricted diet may help support weight loss by shifting your metabolism to burn more fat. With a smaller feeding window, the body does not have as many calories readily available from food so turns to its stored energy in fat cells. In the study, researchers did indeed find that participants burned more fat when on the time-restricted eating pattern. However, they also utilized more protein for energy, which could negatively affect lean body mass.

Overall, this study shows that meal timing can support weight loss by promoting satiety, and increasing fat metabolism. However, there are a number of considerations to take into account.

Although the results look promising, this study was done on a very small population of people, and each of the diets were only followed for 4 days. So, beyond that limited scope, it’s unclear how the early time-restricted diet could affect weight loss, or general health.

It’s also important to talk to your physician before making any drastic changes to your diet. A time-restricted diet is not ideal for some people, including diabetics who often require more frequent meals, or athletes who have increased energy demands.

Remember that although we’re discussing meal timing right now, meal content is hugely important. If your goal is to lose weight, you still need a well-balanced, nutrient dense diet. That’s always number one because with a well-balanced diet you can reduce cravings, increase satiety, and lose fat. And, if you need help, don’t be afraid to reach out for help. A dietitian specialized in weight loss can help you find a personalized approach, and help you set goals to stay on track.